Spanish dance troupe, Oleaje Flamenco presented at Licton Springs in January and will dance again at Sand Point on May 5 at 1 p.m.

Step Afrika, a Meany Center presentation of a percussive stepping, was presented to tumultuous response on February 14th to three schools:

The Radost Folk Ensemble, which includes music of Eastern Europe, gave an assembly at Lowell in February after students had worked with the troupe leader, Sidney Deering for three days that week. They had studied the dances of Croatia, Macedonia, Bulgaria, Romania, Hungary, Bosnia, Ukraine, and Russia, and were able to join the troupe for dancing.

Shub Chitain Gill, leader of Rhythms of India, gave a participatory assembly on February 8th at Lowell and will instruct Licton Springs and Sanislo students in May.

NOISE (Northwest Opera in Schools, etc.) presented the Doll Scene from Offenbach’s Tales of Hoffmann to two schools in March, Sandpoint and Sanislo. More opera is coming with Seattle Opera’s Cinderella en España at John Muir on May 12th.

Eduardo Mendonça will present and teach the rhythms of Brazil at Licton Springs on May 5th with the exciting Show Brazil presentation. 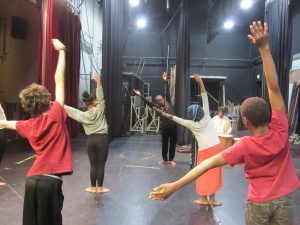 The Music in Schools (MIS) Outreach Program is in its 26th year of providing widely varied musical enrichment to underserved students in Seattle Public schools. MIS coordinates programming provided by LMC members, other local professional musicians and a long-established partnership with the University of Washington’s Meany Center for the Performing Arts which arranges for school residencies featuring the internationally acclaimed and culturally diverse performers who appear on the Meany stage.

During the 2016-17  school year MIS is providing support to:

• John Muir Elementary, a culturally diverse school in the Ranier Valley/Mount Baker neighborhood
• Licton Springs K-8, in Seattle’s North End which combines a Native-centered curriculum with the former Pinehurst school’s experience-based, multicultural, social justice education
• Lowell Elementary, on Capitol Hill, which focuses on each individual student’s learning needs, and encourages them to reach his or her potential intellectually, physically, and emotionally
• Sand Point Elementary, in Northeast Seattle, has 282 students who speak 22 different home languages, and a robust English Language Learning program among its other academic offerings. Additionally, in response to a funding emergency at Sandpoint Elementary, LMC provided full time music instruction for K/1/2 classes
• Sanislo Elementary, a part of the South Delridge neighborhood for more than 40 years, is now enrolling second-generation students and prides itself on family involvement, while its open plan architecture fosters a dedication to collective, community based learning.

In addition to working with these schools, MIS is an ongoing sponsor of the student chorus at BF Day Elementary School in the Fremont neighborhood, and not only funded the chorus director’s salary and ancillary expenses, but also provided transportation for the students to attend the her pipe organ/music history presentation of the History of Western Music at Plymouth Congregational Church.

At Washington Middle School, MIS provided liaison for a creative Master Class with Orchestra and Band Ensembles featuring the DeCoda Ensemble with Saeunn Thorsteindottir, of the University of Washington’s School of Music.

In partnership with the UW Meany Center for the Performing Arts:

In all, during the past school year, more than 7,000 student contacts were made in five schools, through performances, interactive student participation, the student choir, collaboration with Meany Center,  and other programming opportunities.

A longtime active participant in LMC programs, Hilary is a former Frances Walton Competition winner, a frequent volunteer with our Music in Schools Outreach program and a 16-17 LMC board member. She performs November 3 at the Seattle Art Museum with LMC soprano, Christine Menschner and guest artist tenor, Brian Minnick and March 8 at the Seattle Public Library with sopranos Ya-Li Lee and Christine Menschner. 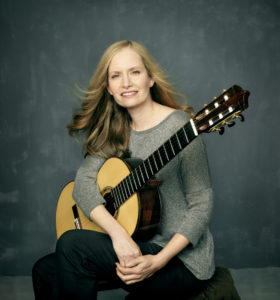 From the Spring 2016 Issue of Classical Guitar magazine

Hilary Field was a 1993 competition winner and is a member of LMC.  She can next be seen performing with us on October 6 at the Seattle Art Museum.  An active member of the club, she volunteers regularly with our Music in Schools program and is currently member of the LMC board of Trustees.

“…That same day, Laurence Lesser, a Piatigorsky pupil who serves as the cello sage at the New England Conservatory, advised Annie Jacobs-Perkins, another Kirshbaum protégée, on Martinů’s Second Sonata. Jacobs-Perkins delivered the desolate Largo with hypnotic lyricism, causing listeners to forget where they were for a moment. Lesser made a technical suggestion, asking her to bow more evenly across the first falling phrase. He also pushed her to give the entire opening melody an archlike shape, so that it sang toward a climax, then subsided. Some people in the audience may have wondered why Lesser was tinkering with an already gorgeous rendition, but he offered a credo: “When someone plays as beautifully as you do, it’s easy for me to be fussy, because no matter how far we are there’s always more.”…”