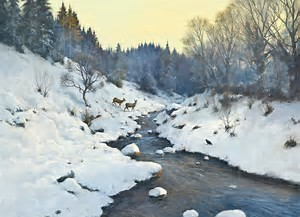 This special concert will be performed in the Library’s “Living room” on the 3rd floor of the Central Branch while the auditorium is under construction.