LMC member performers and guests artists perform music of Spain and South America at Merrill Gardens in Burien on Sunday, March 4, 2018 @ 3:00 pm at Merrill Gardens. This is LMC’s first concert in Burien which is co-sponsored by the City of Burien. Click to view the entire program and for directions.

Diane Althaus has explored many arenas of music, classical to sacred, Bach to Dvorak to Gershwin. She has organized opera ensembles, sung in a concert series titled Classy to Sassy, sung leading roles with the Fat Chance Opera company for several seasons and performed Rachmaninov songs at the Russian Community Center. She thoroughly enjoys her musical adventures and tries to entice a younger generation who may not have heard live classical vocal music into wanting to hear more.

Equally at home with viola and piano, Annie Center enjoys an international career as a soloist, chamber, and orchestral musician. She has performed as piano soloist with the San Francisco Symphony, the Hong Kong Philharmonic, and the Cincinnati Symphony Orchestra. As violist, she has performed at the Marlboro, Ravinia, Olympic, Utah, Prague, Red Rocks, and Music In The Mountains Festivals. She has also performed with members of the Juilliard, Guarneri, Emerson, Cleveland, Philadelphia string quartets. Annie holds degrees from the Peabody Conservatory and San Francisco Conservatory. Her major teachers include Robert Schultz, Paul Hersh, Isadore Tinkelman, Robert Weirich, and Paul Coletti. While she lived in Arizona, she was the pianist of the Concorda Trio with her cellist husband, Michael Center and violinist Dana Pasley.

Joyce Gibb was born in Sri Lanka and started her early piano studies with the admired, but feared music critic Elmer DeHaan. After surviving his rigorous training, she moved to London for further studies with Swiss pianist Albert Ferber whose teachers included Rachmaninoff. Studying both piano and cello, she was awarded a gold medal for performance by the Royal Schools of Music. Now a Seattle resident, Joyce teaches and performs regularly and has been the concerto soloist with the Cascade Symphony, Seattle Philharmonic, Rainier Symphony, Port Angeles, Thalia, and Philharmonia Northwest Orchestras. Her performances have included concertos by Beethoven, Poulenc, Grieg, Addinsell, and Chopin and the 1st and 2nd piano concertos by Rachmaninoff.

Joan Lundquist has served as a collaborative pianist for Seattle area musicians and organizations for 30 years. Since moving to the area from Humboldt State University in northern California, where she was staff accompanist, Joan has worked with the Northwest Boychoir, Seattle Choral Company, has taught at Seattle University and Northwest University, and has worked with several area private music teachers. Currently, Ms. Lundquist is the Director of Music at Immanuel Lutheran Church in downtown Seattle and rehearsal accompanist for the Seattle Choral Company.

Erika Pierson grew up in the Seattle area, beginning cello at age 7. She earned her Bachelor’s Degree in Cello from Indiana University and her Master’s Degree in Performance from University of Michigan. Between her degrees Erika studied in Berlin, at the Hochschule der Kunste, and privately in London, England under Eileen Croxford. Erika has given solo recitals in England, including a solo performance at St Martin in the Fields, London, in Germany, Spain, and in the United States. She has performed as featured soloist with orchestras in Berlin, Ann Arbor, and Everett, WA. Currently, Erika performs regularly as the cellist in Bella Sala String Quartet, NOCCO Chamber Orchestra, and freelances and teaches in the Seattle area.

Gwen Trussler, mezzo-soprano, holds Performance degrees from Florida State University (BM/MM) as well as ARRT Certification in Radiography, Computed Tomography, and Magnetic Resonance Imaging. She has appeared with Tacoma Musical Playhouse, Heavier Than Air Theatre, Evergreen Performers, TMP Family Theater, Amici Opera, Operesque, South Georgia Opera, and Florida State Opera. A Wagner enthusiast, she was chosen to perform in the inaugural year of the Baldwin-Wallace Wagner Intensive where she coached with Jane Eaglen, Timothy Mussard, and Nancy Maultsby. Gwen works with MultiCare and Franciscan Health as an MRI Technologist and is also a Voice Over artist specializing in audiobook narration.

Lucas Victor (guest artist) is a guitarist who has been praised for his musicality, unique phrasing and inspiring playing. He studies in the studio of guitarist Michael Partington at the University of Washington. In 2017, Lucas was a finalist in the Adult Solo Guitar Competition at the Northwest Guitar Festival in Portland, Oregon, which is a competition open to the Northwestern U.S. and Western Canada. At the UW, he has been honored to be a recipient of the John Tripp Endowed Fund for Student Support, and the Helen A. Reynolds Endowed Scholarship in Music. Lucas also performs with the UW Guitar Ensemble. As a youth, Lucas studied several years with Jason Williams at the Rosewood Guitar studio in Seattle. During that time, he was a finalist twice in the Youth Solo Guitar Competition of the Northwest Guitar Festivals held in Idaho, and in Washington. Before studying with Jason Williams, he also had instruction from guitarists Mary Lord, Ken Elia, and others. Lucas also performed and recorded with Mark Wilson’s Guitar Orchestra of Seattle. Lucas has been fortunate to have the opportunity to perform in guitar master classes for acclaimed musicians David Russell, Ana Vidovic, Stephen Stubbs, Jorge Caballero, Marc Teicholz, Martha Masters, and others. Lucas Victor can be found online at www.domopod.com/guitar

A recent transplant from Chicago, Il, soprano Clarice Warrick received her master’s degree in voice performance from the Chicago College of Performing Arts. Past feats this season have included her Orchestra Hall debut as the soloist in the North American premiere of Jacob TV’s Mountaintop, First Lady in Die Zauberflöte with Chicago Chamber Opera, and Julia Jellicoe in The Grand Duke. Clarice has sung with the Grant Park Chorus and Chicago Symphony Chorus, is a part of the VOX3 Ensemble, and often gives concerts featuring musical theater, jazz, and opera.

Mezzo-soprano YeonSoo Lee makes her LMC debut joining fellow LMC member performers on Sunday, February 18 at 3pm in a concert at Mirabella in Seattle. They will perform songs by Obradors, Italian and French Opera, and Korean composers for soprano and mezzo-soprano

Joining YeonSoo will be soprano Ki-Jung Jun who completed her Master’s degree at New York University and was in the emerging artist program at Pacific Opera in New York City. Her operatic roles there included Nora (Riders to the Sea), First Knitter (A Game of Chance), Princess (L’enfant et les sortileges) and the role of Hyangdan in Chun-Hyang-Jeon, an opera celebrating the 100th anniversary of Korean immigration in America. In the Northwest, her most recent opera role is Giulietta (Cover) in Bellini’s I Capuletti ed i Montecchi and Caterina in Mascagni’s L’Amico Fritz with Puget Sound Concert Opera.

Also performing will be Joan Lundquist who has served as a collaborative pianist for Seattle area musicians and organizations for 30 years. Since moving to the area from Humboldt State University in northern California, where she was staff accompanist, Joan has worked with the Northwest Boychoir, Seattle Choral Company, has taught at Seattle University and Northwest University, and has worked with several area private music teachers. Currently, Ms. Lundquist is the Director of Music at Immanuel Lutheran Church in downtown Seattle and rehearsal accompanist for the Seattle Choral Company. 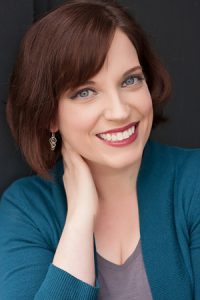 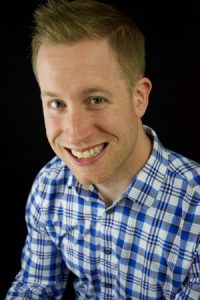 Dr. Padula will perform Maurice Ravel’s Histoires Naturelles (Natural Histories) a song cycle of poems about various animals and will be accompanied by Joan Lundquist on piano. Dr. Padula’s detailed biography, recordings and upcoming performances can be found at dawnpadula.com

The other half of the one-hour program will be international performing and recording artist Hilary Field, guitar, performing works of her own composition. Find out more about Hilary at hilaryfield.com.

*The five songs of Histoires Naturelles are:

All of our concerts are FREE and open to the public.

Widely considered the golden age of Russian opera, the 19th Century was a time of flourishing growth and development of an original Russian style.

LMC Opera Group  will trace Russian operatic history  beginning with the groundbreaking work of Mikhail Glinka. He is regarded at the father of Russian classical music and his style was highly influential on those who came after, notably a group who were referred to as “The Five” or “The Mighty Handful.”